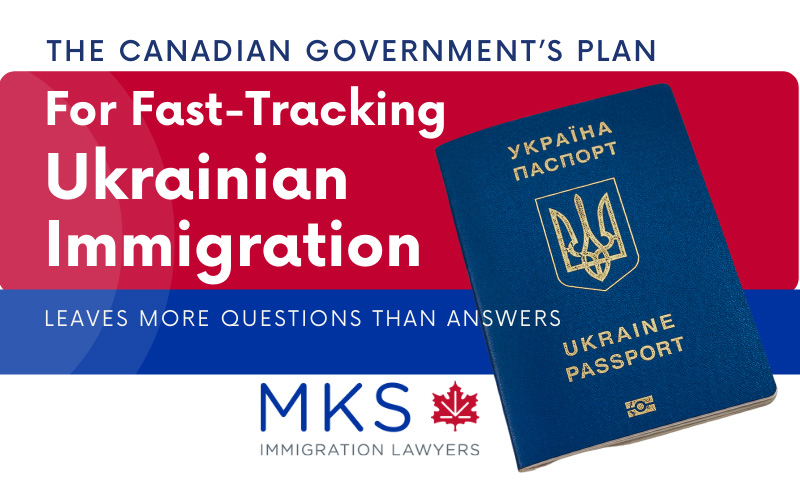 With the conflict raging in Ukraine, many people are attempting to flee the country unscathed. Some are lucky enough to make it out, like Valentyna Fabrikova and Sergii Fabrikov. The couple landed here in Canada, more specifically, Victoria, British Columbia, from Odesa, each carrying a small bag filled with their most precious belongings.

Their trip was not easy for the couple, who is in their 60s. The bus ride to Moldova, which normally takes two or three hours, was a solid ten-hour ride.  But they are thankful they didn’t have to cross the border by foot, in freezing-cold temperatures as many others had to.

Since the couple had their Canadian tourist visa in the works before the conflict, flying was not an issue and they made it to Victoria with minimal issues where their son Andriy Fabrikov and his family awaited their arrival. Their other son, Andriy’s brother, remained in Ukraine because men between the ages of 18-60 have been ordered to stay in the country.

The government of Canada promised to open its borders to more people fleeing Ukraine, but there are still some kinks to work out.  “We still need to see the details from the federal government,” says Victoria immigration lawyer Benton Mischuk. Mischuk, who is an associate at MKS Immigration Lawyers in Vancouver, has over 20 years of experience with immigration and has assisted with federal and provincial immigration programs.

He is eager for the federal government to reveal more specific plans for an emergency immigration program for Ukrainian refugees, which would allow Ukrainians to skip visa requirements. A must for a safe and quick process to aid Ukrainians who need to leave the country now.

About the Emergency Immigration Program for Ukrainian Refugees

On March 17, 2022,  Sean Fraser, Minister of Immigration, Refugees and Citizenship (IRCC), announced the launch of the Canada-Ukraine authorization for emergency travel (CUAET). Which allows Ukrainian refugees to live and work in Canada for up to three years, among other benefits. The program waives many of the typical steps of the immigration process for prospective Canadians.

The applicants do not need to have a valid passport and family members of Ukrainians living in Canada can apply for temporary residency as well. And citizens already in Canada can apply to extend their stay through the emergency immigration program for Ukrainian refugees.  In addition, all fees associated with immigration applications have been waived for residents of Ukraine to make the process easier and less expensive for them.

However, the specifics of the emergency immigration program for Ukrainian refugees still need to be worked out.  Housing is needed and the children coming to Canada will need to be placed in schools. Some of these people will require counseling for the trauma they have sustained from being in a country afflicted by war. These are just some of the details that need to be expanded upon by the federal government.

But with the dark comes the light, and Ukrainian refugees have a wonderful support system awaiting their arrival. More than 20,000 people in the capital region have Ukrainian ancestry and 600 of them speak fluent Ukrainian. Canada is very welcoming to newcomers and will be a great place for Ukrainians to have a fresh start and enjoy a safe, and happy life with their families!

MKS is here to help, whether you are seeking advice on immigration, or have questions about the programs in place such as the emergency immigration program for Ukrainian refugees.  To book a consultation with Benton Mischuk or another lawyer at MKS Immigration Lawyers, click here.