Alex detailed how the IBA’s proposal for Emergency Evacuation Visas can coordinate an international response to situations like those in Ukraine and Afghanistan.  “Emergency Evacuation Visas are a concept that the IBA has developed and supported and our committee has endorsed.  The idea behind this is to deal with a number of different problems and bottleneck issues whereby the world’s displaced persons are increasingly stuck in particularly difficult situations in developing nations where the global North is spending more and more money trying to house people rather than moving them onwards.”

How Emergency Evacuation Visas Can Streamline Immigration for Ukraine Refugees

Alex explains that the idea behind Emergency Evacuation Visas is that in emergency situations that aren’t dire, it will bring a multilateral and multinational approach to first, get people out of a dangerous situation and into a safer one and then triage them with the complimentary services for refugee protection and immigration.

This model patterns itself after what was done by the Italians in Libya in 2017 during the civil war, “The Italians identified between 800-1000 people who wanted to move quickly out of Libya. They moved them out to Sicily first, they created a triage center, they got agreement from numerous NGOs (nonprofit organizations) to set up a triage arrangement when the potential migrants arrived, the people who were given the visas went in, were dealt with immediately by NGOs, they had exposure to legal advice, and every type of Italian pathway to permanent residents was explored: refugee protection for some, family reunification for others and all was done in a complimentary sort-of way”.

This method worked very well, the country was able to process many people in a short amount of time and this has largely influenced the model for the emergency evacuation visa. With the Ukraine crisis, this method is being used but in a more spontaneous way.  “How Canada has reacted is very much in an emergency evacuation visa approach, with the emergency evacuation being outsourced to somebody else, in the sense that the people who have left already are in a place of safety. What Canada has done is say, anyone who is Ukrainian and wants a visa can come to Canada, has to apply for one and we will give it to them.  And thus far, in practice, people are getting them in about two weeks.”

Once the Ukraine refugees are here, they are being given a work permit that is valid for up to three years, depending on how long their passport is valid.  The best part of this method is that it’s open, stress-free, and there are no strings attached. Alex says this is the safest and easiest way to ensure the safety of not only Ukraine refugees, but all refugees.  “We need to use this Ukrainian example now as a template, and forget about the previous approaches. I think, increasingly, we should be looking to this way to do it: get people to safety and then worry about the other elements.”

Do you have questions about immigration? MKS can help! MKS has recently been recognized as one of the top law boutiques in Canada.  Our law boutique has experienced staff that can help you through the sometimes daunting process of immigrating to Canada. To learn more, click here. 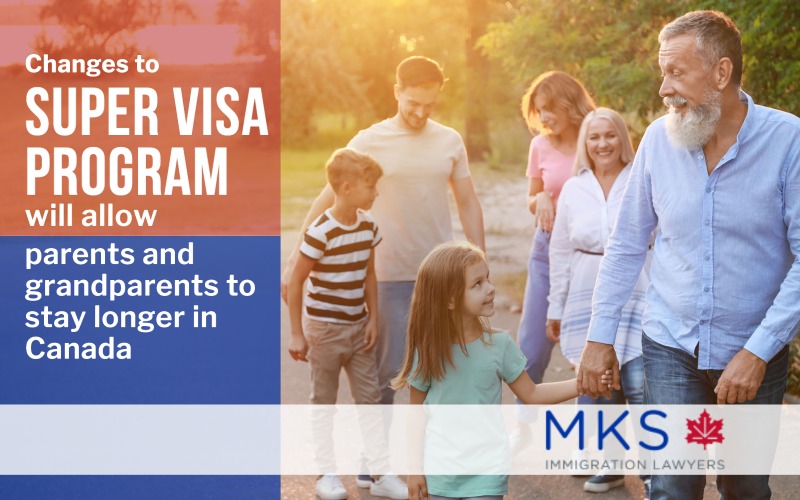 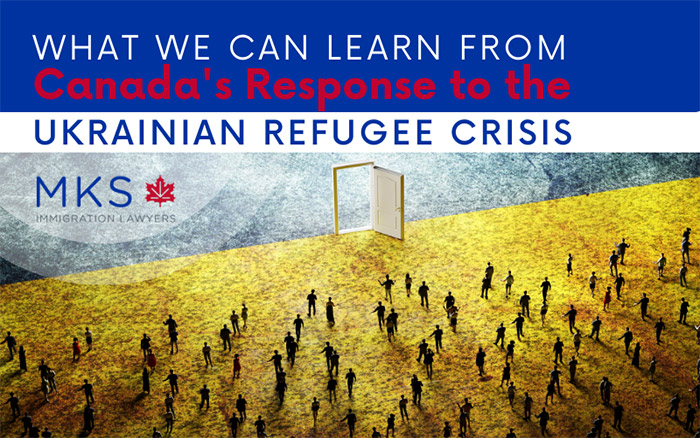