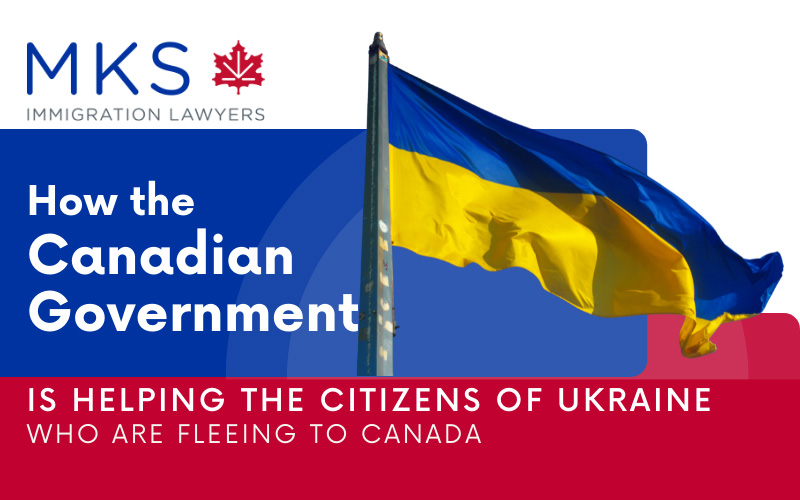 Recently, our very own Alex Stojicevic did an interview with CBC Radio on March 1, 2022.  The Russian-Ukraine conflict has already displaced over half of a million Ukrainians and while most have fled to Eastern Europe,  Alex, who has over 20 years of experience in immigration law,  believes many could seek refuge in Canada.

He had this to say: “Since the shelling began last week, and the invasion itself, people are trying to get family out of Ukraine. If they’re able to leave Ukraine,  how can they get to Canada? They have elderly family members who are looking for ways to get out, friends who are trying to help them get out, they have cousins that are in Poland or other countries, and they don’t know what to do.”

Due to the situation in Ukraine, Ottawa has been under pressure from provincial and local lawmakers to come up with ways to help Ukrainians quickly immigrate to Canada.  Not only is the pace of immigration important, but the amount of people being accepted is also a priority for the health and safety of Ukrainians immigrating to Canada.

One of the issues slowing down the process is the requirement that Ukrainians need a visa to enter Canada to visit. Both conservative and new democrat politicians are asking the Canadian government to drop this requirement as time is precious for people who need to flee the country.

How Will Canada Help Ukrainians Immigrating to Canada?

“Our focus is on making sure that it is as rapid and seamless as possible for them to come, and we are looking at all different ways of doing it. We will be making announcements shortly about the best way to ensure that Ukrainians can come to Canada quickly and safely.”

The Prime Minister also tweeted to followers regarding the plight of Ukrainians who need to come to Canada:

“Update: We’re creating a new program for Ukrainians who want to come to Canada temporarily. This will eliminate many of the normal visa requirements – and it’ll be the fastest and safest way to come to Canada.”

Canada has recently implemented some changes to its processes to help Ukrainians who want to come to Canada, arrive safely and quickly. About a month ago, Canada executed measures to give priority for the citizenship grant applications for adoption, and as permanent and temporary residence applications for people who live primarily in Ukraine and want to reunite or travel with family, study, work, or settle in Canada.

Fortunately, Ukrainian nationals currently in Canada on a temporary basis can formally apply to extend their status as a student, visitor, or worker in the country.  The government of Canada has also enforced urgent processing of documents and will even issue single-journey travel documents for immediate family members of Canadian citizens and permanent residents who do not have valid passports.

If a client of IRCC has questions or concerns surrounding the situation in Ukraine, there is now a dedicated service channel for such inquiries at 613-321-4243 (collect calls are accepted). Clients can also now add the keyword “Ukraine2022” to the IRCC Web form with their inquiry and their email will be considered urgent and answered in priority.