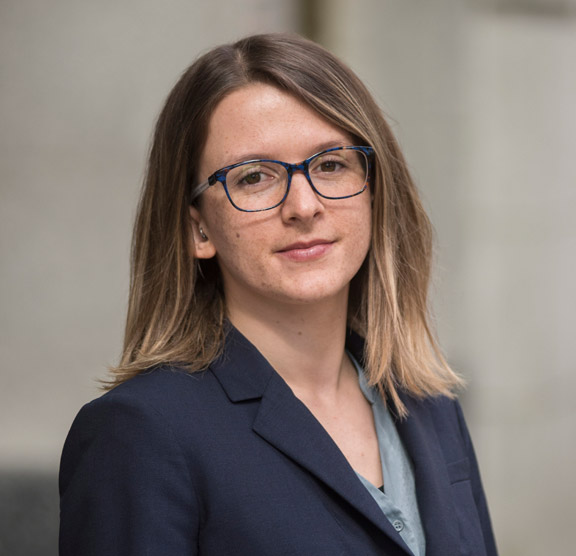 Vera works in all areas of immigration, refugee, and citizenship law.

Prior to joining Maynard Kischer Stojicevic as an Associate, Vera articled and summered with the firm. She also worked as a research assistant for three faculty members at the University of British Columbia, conducting research on regulation and governance issues and constitutional law.

Vera graduated from the University of British Columbia’s Peter A. Allard School of Law in 2016. Vera received numerous awards during her time at UBC, including the Law Foundation of BC Public Interest Award for a commitment to working in the broader public interest sector. While at UBC, Vera volunteered her time with several public interest organizations working in the areas of poverty law, human rights, and immigration, and acted as Co-Chair of the Social Justice Action Network. During law school, Vera spent a semester studying at the University of Leiden in The Netherlands.

Vera is a member of the Canadian Bar Association and the Canadian Association of Refugee Lawyers. Prior to attending law school, Vera completed a Bachelor of Arts in International Development Studies and Economics at the University of Guelph.