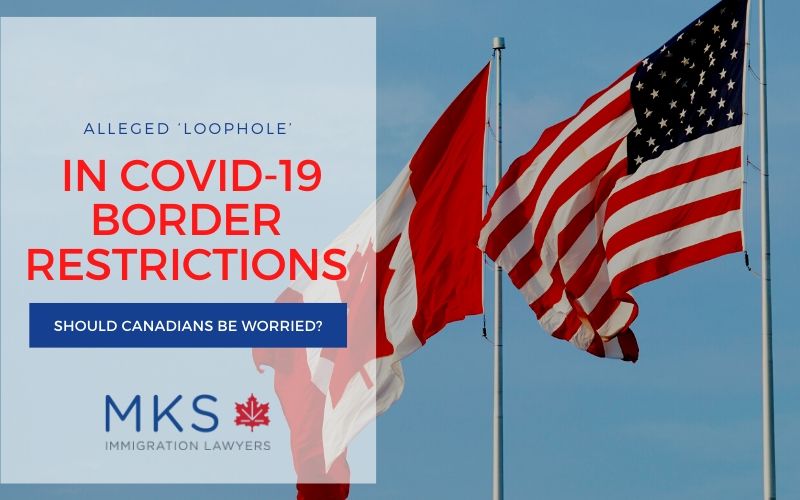 The Canada-U.S. border has been closed since 21 March 2020 as part of the countries’ effort to limit the spread of the fatal disease. However, a recent Facebook post raised a formidable concern amongst Canadians, including the Prime Minister.

According to the Facebook post, a family from Texas was found exploiting the travel restrictions only to vacation in Banff, Alberta. Several reports of American tourists found in Canada persists to grow in numbers too.

“[The family is] now wandering around Banff, no masks, no distancing, no 14-day quarantine. There was also another similar incident same loophole used for another group of visitors from Seattle,” said the post. “This is more than alarming!”

Americans have found a ‘loophole’ in the system to enter Canada — and they are taking advantage of it.

The fact is, there are exceptions. While the border continues to stay shut for all non-essential travelling purposes, Americans are still allowed to enter Canada in order to visit the U.S. state of Alaska.

Americans who do not possess symptoms of coronavirus are permitted to cross the border on that basis. Such travellers are given a handout advising them to remain in their vehicles as much as possible by using drive-thru windows for food, pay for gas at the pump, and avoid staying in hotels.

But Canadians worry that these Americans travellers often neglect the 14 days self-isolation rules before sneaking into the public.

Another cause of concern is due to America’s whopping amount of confirmed infections — over 2 million cases, making it the highest among all countries in the world.

“We’ve heard those reports over the last few days and are looking into them,” he said. “As we continue the conversation with Americans and are shifting and adjusting in certain ways, we need to ensure we’re doing everything necessary to keep Canadians safe at this important time.”

Immigration lawyer Alex Stojicevic, who has been proudly involved with the CBA (Canadian Bar Association) and the CBA National Immigration Section over the past 15 years, provided his sharp input on the intricate issue.

Stojicevic explained that Americans must provide evidence of plans to visit Alaska. The Canada Border Services Agency can directly confirm this through documents or just deny their entry.

“Presumably you’ve got a place you’ve booked, you’ve got rental receipts, you’ve got something. Ultimately, the border can simply not let them in. They can say I’m not satisfied with your purpose for coming here to Canada is what you say it is,” he reasoned.

In addition, the Canada-U.S. border is closed to all non-essential travel until at least 21 June, but sources say that both countries are intending to extend those restrictions.

Stojicevic is the founding and managing partner of MKS Lawyers which focuses on all Canadian Immigration services and Citizenship Law. MKS has been trusted as one of Canada’s Top 5 Immigration Law firms.