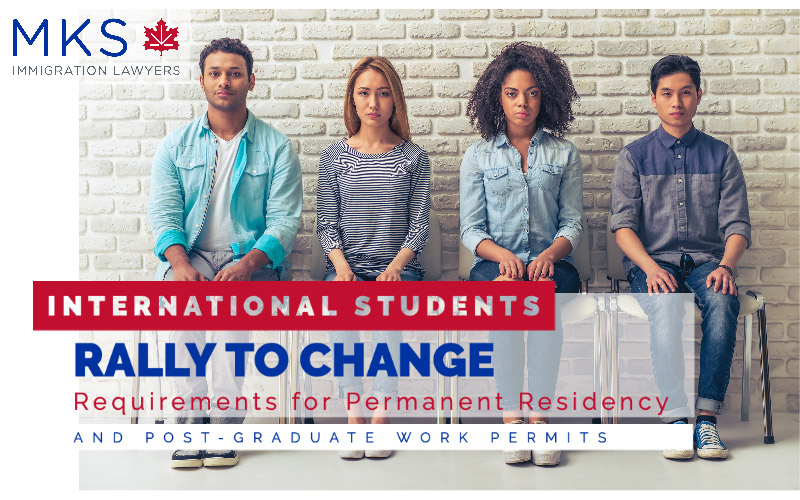 On Saturday, September 12, 2020, a rally was held in front of Deputy Prime Minister Chrystia Freeland’s office in Toronto, Ontario. Dozens of current and former international students rallied to peacefully protest the strict rules for the permanent residency of international students. The participants of the rally are calling on the provincial and federal governments to loosen the restrictions for students seeking permanent residency in Canada.  ​​​​​​​

The students say that the employment requirements international students have to meet to permanently immigrate to Canada are unrealistic due to the COVID-19 pandemic.

Sarom Rho, who is an organizer with the Migrant Workers Alliance for Change stated that the COVID-19 virus and its impact on the economy have made these requirements nearly impossible to meet. Before the rally and via telephone, Rho said, “During the COVID-19 crisis, millions of people in Canada have lost work and wages, but for migrant students, there is an added cost, without jobs, students can’t apply for permanent residence.”

Canada’s post-graduate work permits are not renewable and according to Rho, this puts the international students who have had difficulty finding jobs or have been laid off during the COVID-19 crisis in danger of being deported. In order to permanently reside in Canada, post-graduate students must have continuous, high-paying, and stable occupations.

The Migrant Workers Alliance for Change group is calling on the provincial and federal government to allow international students to renew their work permits during the COVID-19 crisis. This will prevent them from becoming undocumented or deported during this difficult time.

Currently, a petition is circulating online that declares the key goals of the Migrant Students United campaign, which includes making work permits renewable for international students.  As of September 12, this petition has over 18,000 signatures. The petition also proposes that the families of international students are allowed to have work permits, that any migrant students can become permanent residents of Canada, and that tuition fees are lowered to match domestic rates.  “We call on the federal government to make immediate changes that support students during the new global reality we are in,” the petition states.

Rho said that delays in immigration processing times have left current international students on study permits without social insurance numbers, leaving them unable to find work. She said that the protest that was held over the weekend was asking the government to make small adjustments to a system that sets international students up to fail as they have to work continuously to stay in Canada after they complete their degrees. If they do not meet these requirements, they are at risk for deportation.

This would be devastating to some international students. Rho stated that returning home is not an option for many graduates who come from countries that have been destabilized by economic devastation and other crises during the pandemic.

“This could all be fixed if there were a simple fix like making the work permit renewable, and even simpler, granting status for all migrants,” She said.

As of September 15th, neither Immigration Minister Marco Mendocino or Deputy Prime Minister Chrystia Freeland had responded to requests from the media for comments on the international student’s work permit policy.